I’m a born and bred horsey girl from the messy hair right down to the the well worn Dubarry boots which always smell like a muck heap and I’ve owned and ridden horses since I was two but, i’d never had the chance to try polo – until now. Yesterday I was invited by Chestertons, the headline sponsor of Polo in the Park to Ham Polo Club to test my equestrian skills and try my hand at polo.

I’ve been to number of polo matches in the past including the Gold Cup at Cowdray Park and the Cartier Queen’s Cup at Guards Polo Club in Windsor and I’ve always wanted to have a go as i’m convinced the adrenaline rush is addictive! 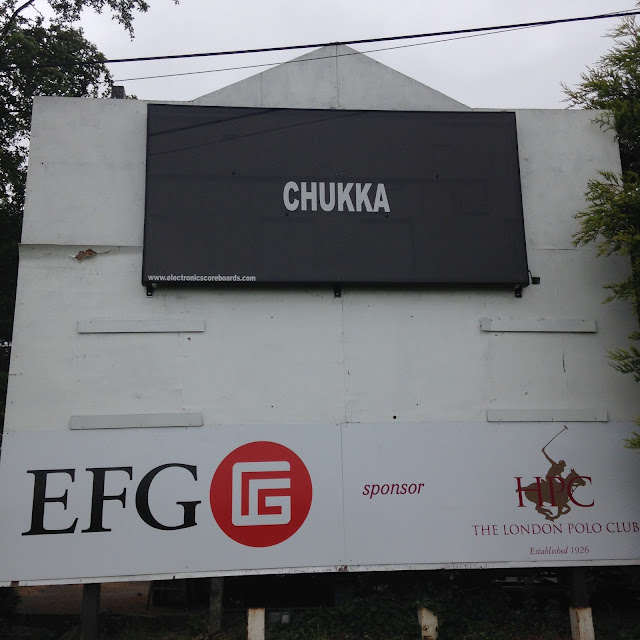 After a little bit of mix up with times I was lucky enough to be treated to a one on one lesson with Charlie Wood – assistant polo manager, to say I was over the moon would be an understatement.

Before going anywhere near any of the horses, I was up on the wooden horse to learn how to hold the mallet, perfect the swing and make contact with a ball, all of which was fairly straightforward – but I wasn’t moving so had an advantage. 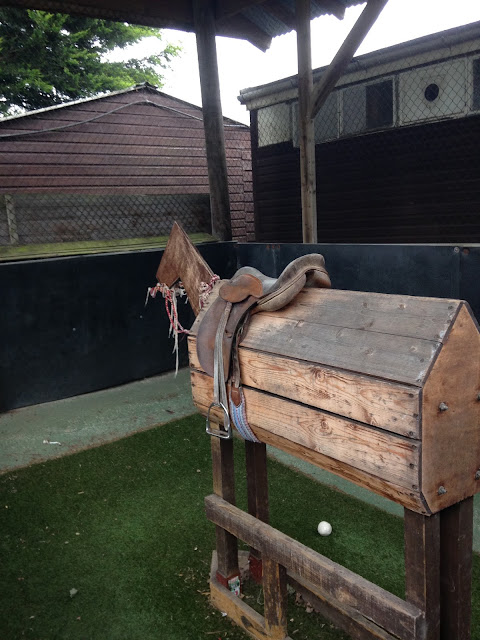 Unlike traditional riding, you ride with the reins in your left hand and slight higher up the pony’s neck to enable you to neck-rein. Most of the ponies will only respond to neck-reining and if you try asking them to turn with both hands they ignore you – trust me I tried. I also had to get used to leaning forward, something I’ve always been taught not to do or i’ll fall off. But for polo it’s all in the knees.

Talking over, it was time to get on board, Charlie was kind enough to lend me one of his own ponies Pancha. She is a little Argentine mare known for her sturdiness and speed.

Ham has a full size playing field, a practice field with warm up track and a stick and ball field for playing  club members to use although the main field is only used on Sunday’s.

After several laps of the warm up track in walk getting used to neck-reining and riding one handed it was time to canter, for the most part it felt like my right hand was spare until I was holding a polo mallet. Warm up over it was time to put into practice what I had learnt on the wooden horse – easier said than done! My success rate of hitting the ball was actually much higher than I anticipated and I even managed one at speed in canter. 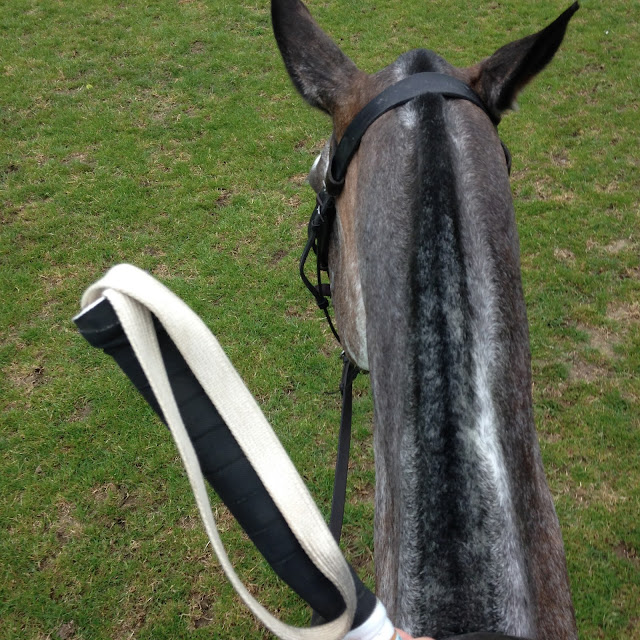 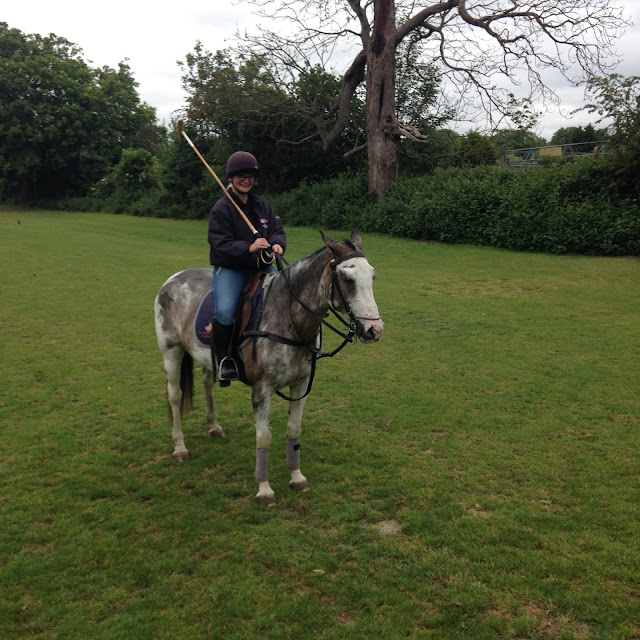 I’ve definitely been bitten by the polo bug and want to have some more lessons to work on what I learnt at Ham. If you are thinking of trying polo I can’t recommend Ham Polo Club enough, the half day polo course costs £325 per person and teaches the rule and tactics, how to stick and ball and riding. Similarly a one hour private lesson costs from £120.

If you’re more interested in polo as a spectator than a player there are still tickets available for the Chestertons Polo in the Park at Hurlingham Park in Fulham this weekend, tickets costs from £30 for adults. It’s the biggest three-day polo event in the world and this year is set to be a corker with the England Polo Team returning to Hurlingham Park for the first time since 1939! You don’t have to be a polo fan to have a fantastic day but knowing some of the rules might be helpful.